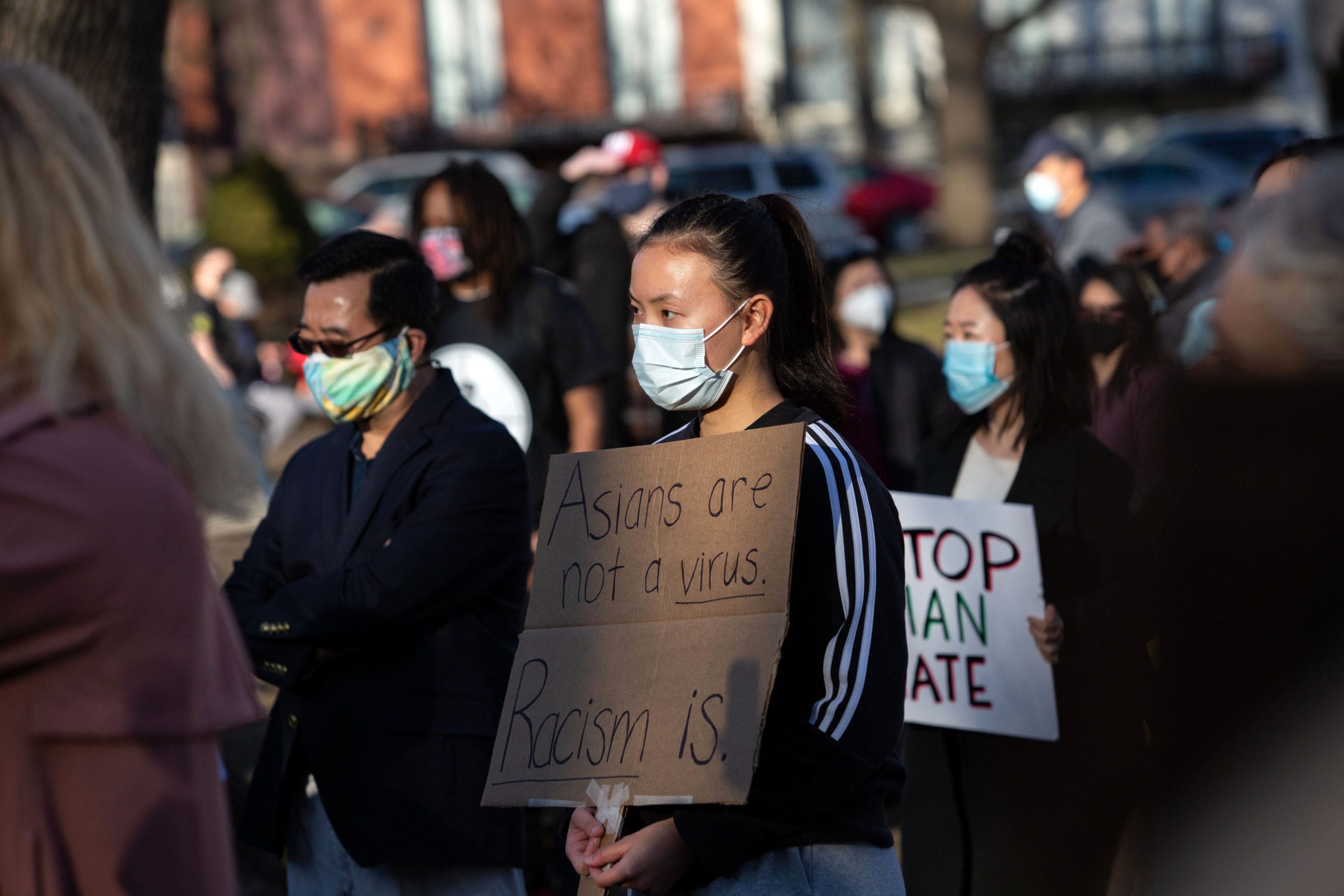 Over a dozen predominantly white elected officials — representing nearly all levels and branches of government — spoke last night at a rally organized to call attention to a spree of racist violence towards Asian-Americans that has swept the country over the last year.

By the time the politicians were done speaking, many of the candles passed out to the crowd over nearly 1,000 had burned out their wicks.

It was a political powerhouse not seen in attendance at any racial protest in the Capital Region over the last year— and it did not go unnoticed by those in attendance.

Jeanette Lam took to the mic near the close of the event and voiced her anger with having to again wait for a platform to speak about the racism she has lived experience with.

Lam went on to speak about the pressure she felt growing up to erase her cultural heritage.

“As I grieve the stolen lives of Asian immigrant women working survival jobs to care for their loved ones I see pieces of my grandmother, pieces of my mother, and pieces of myself,” Lam said as she fought back tears.

Van Tran Nguyen spoke about what she called her multi-hyphenated identity.

“It seems to me that the more hyphens you carry in your name as an American is actually more of an opportunity to be heartbroken by America,” she said.

Nguyen recalled her childhood growing up around her family’s nail salon in Western New York and fearing for her family’s safety in a country that refuses to acknowledge that racism exists.

“There are many complicit parties responsible for what had happened in Georgia, California, New York and so on,” she said. “This is not new. It is as old as the making of this unfinished country that often refuses wisdom from its huddled masses.”

“We all just want the chance to receive the benefit of the doubt before being judged with the preconceived notion that comes with the color of our skin,” he said.

“The people of America all come from different cultures and heritages. However speaking from my perspective as an Asian-American, oftentimes we collectively get categorized as Chinese and as foreigners without regards or respect of our heritage or our identity. On the other hand, white people regardless of their background are often perceived as Americans with no doubt while also getting the respect of their heritage.”

He quoted Dr. Martin Luther King, Jr. with a request “to be judged by the content of our character and not by the color of our skin.”

Earlier in the evening, Assemblyman John Liu (D-Queens) spoke about a lifetime of anti-Asian hatred he has experienced, including when he was 8 years old and two older white kids hurled their spit at him as he passed by on a sidewalk.

“I’ll never forget the smell of that saliva,” he told the crowd.

Liu said he was now calling on the state legislature to increase funding towards Asian organizations as this year’s budget negotiations wind down.

“We need the resources. We got a state budget that is about 200 billion dollars that is going to be passed next week,” he said. “We need some of that for our organizations to make sure people are protected and to make sure the entire state is well educated in what Asian Americans are and who we are as a community.”

Three out of 10 Asian Americans have reported being directly affected by such incidents since the start of the COVID-19 pandemic.

While racist attacks continued this week in New York City against Asian-Americans as they departed similar rallies held there, Albany’s event also saw its own violence.

Witnesses reported a man lighting a large firework and throwing it towards rally-goers in the vicinity of Elk and Hawk Streets, resulting in a loud explosion that echoed behind the event. According to New York State Police Spokesman Beau Duffy, they have not made any arrests and the incident remains under investigation.

Police tape lined the sidewalk just outside the park as the rally emptied out — an immediate reminder of the work still needed to be done to rid the community of race-based violence.