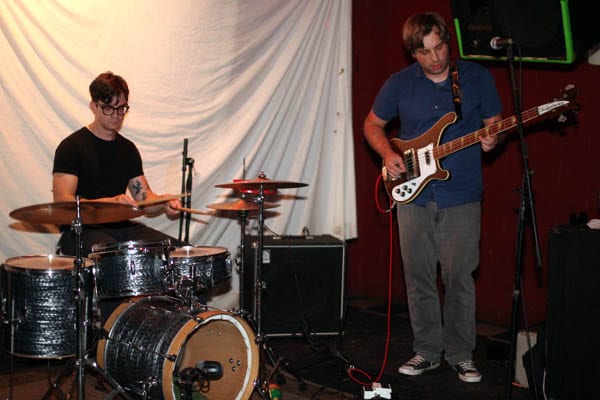 San Fran lady trio Grass Widow made a stop in Albany tonight while on tour supporting their new much-praised album “Internal Logic”. With a mix of surfy garage rock and retro punk, they humbly performed to a medium sized crowd for an early show, where their loud catchy beats made it feel less awkward that everyone was seeing Valentine’s in the daylight. Grass Widow was a warm combination of all sounds “in” right now, minus the bloated blog-rock attitude. They are, however, heating up the blogosphere with their latest release, where Pitchfork described “The songs on Internal Logic are like triple-exposed photographs, their nebulous, generic viagra hazy qualities occasionally belying the acute skill with which they’ve been composed.”

After the jump are some single-exposed photographs showing a band that despite technological hurdles that included accidentally breaking some of local opener Better Pill’s equipment, seemed as composed as “professionals” without admitting to it.