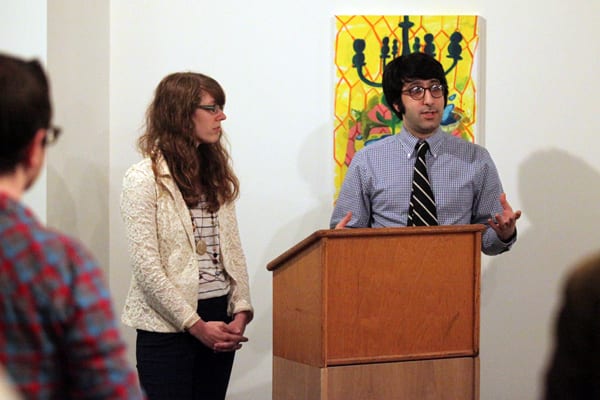 The Albany Music Coalition announced their plans to unite local musicians and host events to promote and support local music on Thursday night during an event at the Foundry for Art Design + Culture in Cohoes.

The Coalition, founded by Katie Hammon and Harith Saam, exists to promote easy interactions between music groups to share ideas, information, and resources. Saam has been involved in the local music scene for 10 years, most notably as founder of The Rev Records, and always wanted to introduce the various creative people he met over the years. He was introduced to Hammon, a local musician and venue director, by a mutual friend who knew they both shared similar ideas.

The group operates as a volunteer-led organization and is offering free membership for the first trial year. Low-cost dues the following years will serve to expand services and events. Their first official event is a launch party at Valentine’s in Albany on April 13th.