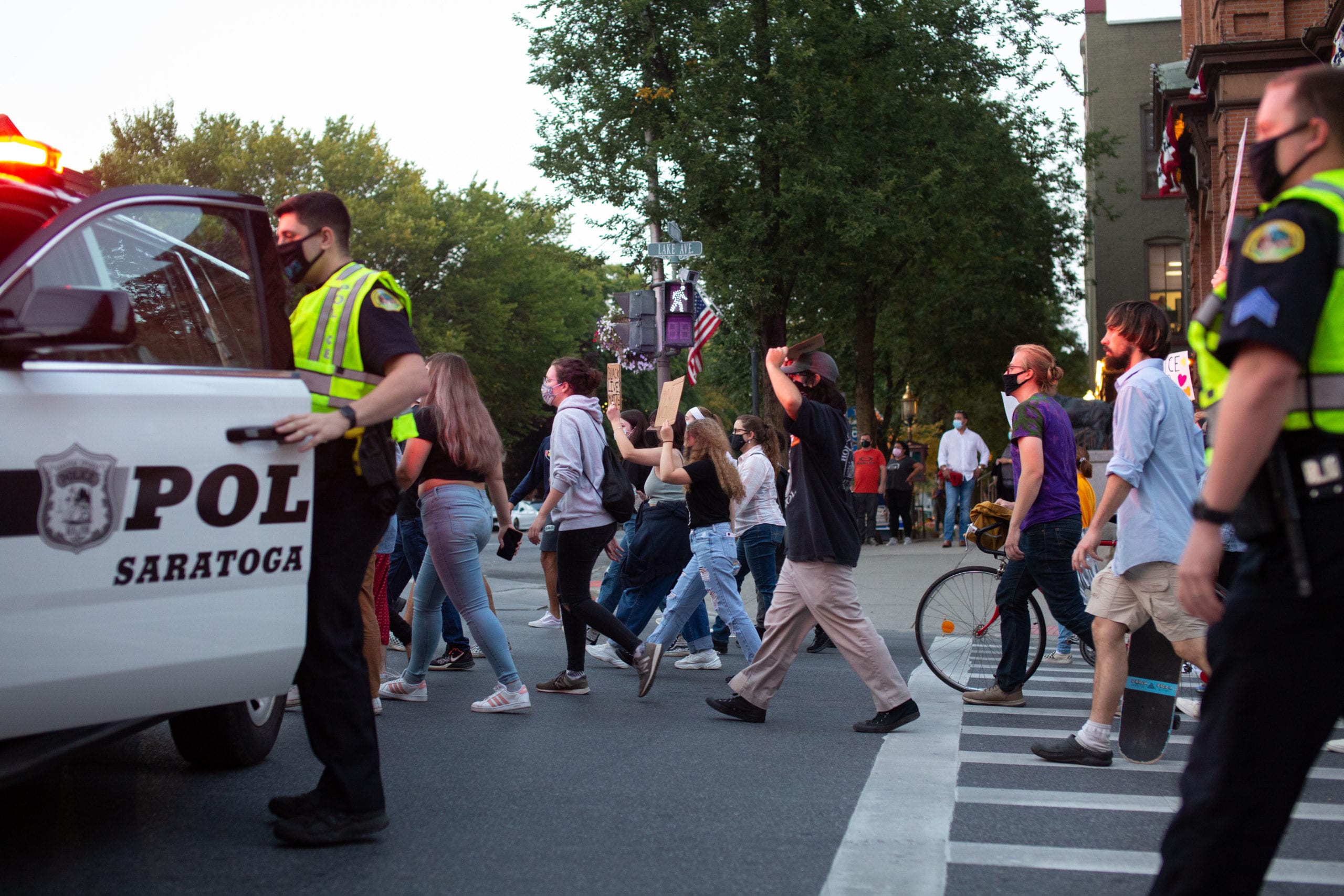 The Saratoga Springs City Council voted 4-1 to adopt a police reform plan that did not include all items from a 50-point-plan that the city’s own Police Reform Task Force spent seven months creating.

Key to the vote was the council’s unwillingness to approve the recommendations for a Civilian Complaint Review Board, the ban of militarized equipment and no-knock warrants, and the diversion of seized assets expenditures to restorative community groups.

Numerous community members spoke out in favor of these recommendations at recent public meetings and during widely attended protests throughout the city.

Following a tumultuous period of public comment, City Attorney Vincent DeLeonardis addressed the council by reminding them that in order for a reform plan to fulfill the requirements of Governor Cuomo’s Executive Order, it did not need to create legally binding legislation but only provide recommendations. He then turned his attention to pointing out all the legal flaws specific to the task force’s Civilian Review Board recommendation — at no point in his presentation did he infer that implementation details could be worked out following the adoption of the recommendation itself.

DeLeondardis and members of the council did state that they supported further review of the recommendations that were not approved, despite the final reform plan being due tomorrow.

Read the entire resolution below: