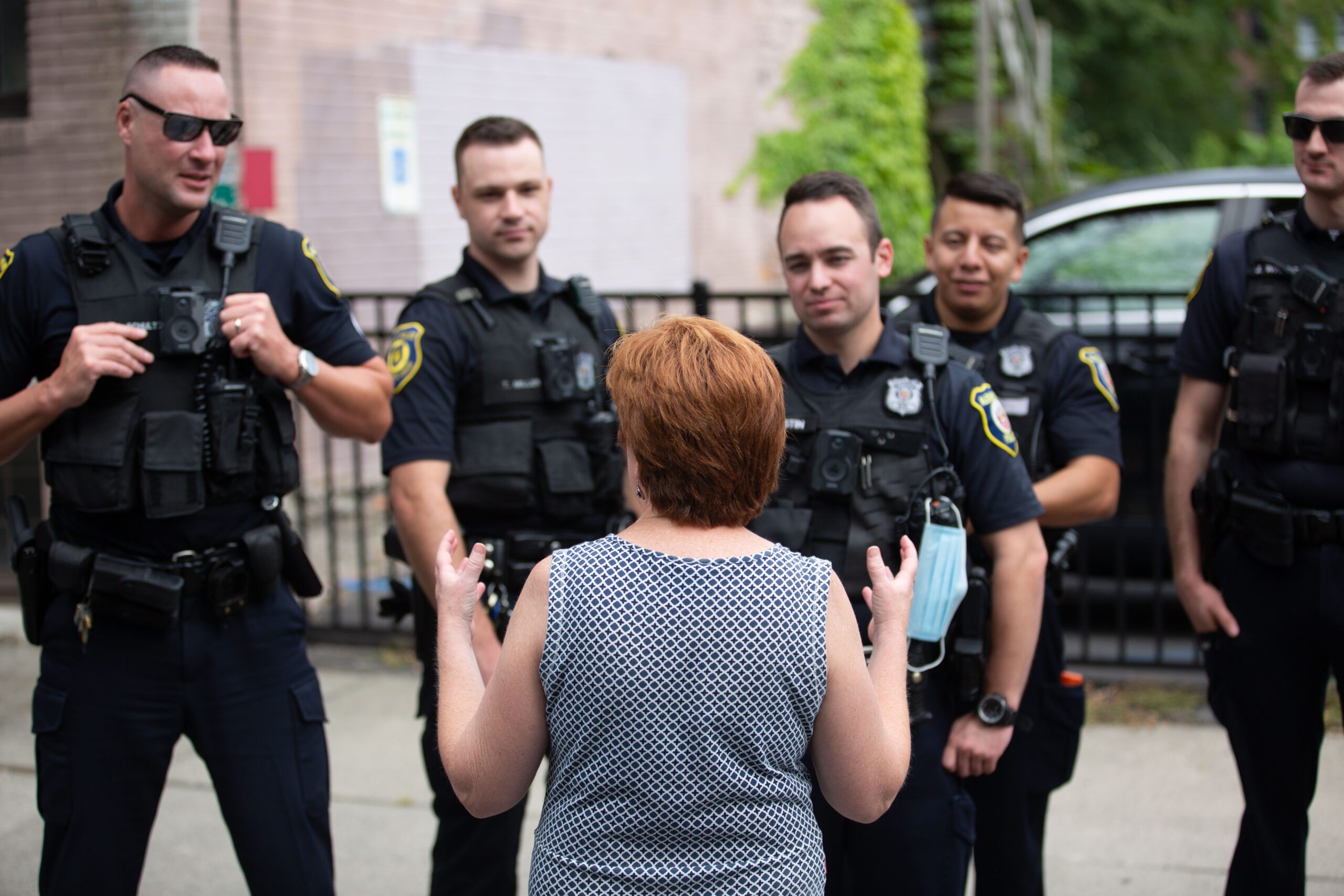 Albany to use $9.8mil of Rescue Plan funds to cover police raises

City Hall is planning to use $9.8 million of American Rescue Plan funds to cover a large number of retroactive pay raises after the signing of a new police union contract.

The plan, introduced by the city’s Acting Budget Director Nicholas Blais on Wednesday night, will be voted on by the full Common Council on Monday night.

Updated February 7: In a vote of 13-2, the Albany Common Council tonight approved raises for Albany police officers, including a one-time payment of $9.8million dollars worth of back-pay and the transfer of American Rescue Plan funds to make up for the large hit to the city’s reserves. Council members Gabriella Romero and Derek Johnson voted against, citing the lack of public input and that officers who had been terminated will be among those included in the back-pay. Council member Sergio Adams, who supported the resolution, said the vote was “conflicting and disturbing” and that public commenters who spoke out against it had “valid points.” Council member Kelly Kimbrough spoke about the city’s obligation to pay an already agreed-upon contract, and admitted that the way the city could afford it without going into debt was “different and unique.”

American Rescue Plan funds were distributed by the federal government to assist municipalities recovering from COVID-19 financial impacts. The Common Council voted last year to have more control over how the $80.7 million in recovery funds will be used. The city also created a taskforce to “equitably and strategically maximize the resources available to our residents, businesses, and community organizations thanks to the American Rescue Plan to restart Albany and build back better.”

Albany’s plan is to take money from other city fund balances to pay for the large one-time cost associated with the seven-years worth of police raises. Rescue plan money would then be used for normal government services and replenish that fund, essentially paying for the raises while keeping within the ARP guidelines.

The large cost poses a dilemma for the city looking to balance the 2022 budget. “I think honestly we would be in a very tough situation to be able to satisfy without this,” Blais said. The PBA contract will also add $2.4 million to the normal police operating budget in addition to the one-time retroactive cost.

Most of the retroactive pay accounts for years where the police union was in an internal legal fight when detectives tried to split and form their own union. The city was barred from negotiating with them during that time, meaning no new contracts and no raises over those years.

The funding for the PBA raises will be voted on along with a Blue Collar Union contract that will give smaller raises to some of the city’s lowest paid union workers.

Federal rules prohibit the funds to be used directly towards raises or pension funds. In addition to economic assistance to businesses, households, and investments in infrastructure, ARP funds can go towards “revenue replacement for the provision of government services to the extent of the reduction in revenue due to the COVID-19 public health emergency, relative to revenues collected in the most recent fiscal year prior to the emergency.”

According to a Memorandum of Agreement signed last month by the City of Albany and the union representing its police officers, these retroactive raises will also go towards officers who had been terminated or resigned dating back to January 1, 2016.

That would include Luke Deer, the former police officer who plead guilty to misdemeanor assault and resigned from the department last year after he was arrested for his role in a 2019 incident where he beat a man in the street. He was hired by the department in 2014 and will be receiving retroactive pay raises for 2016-2021.