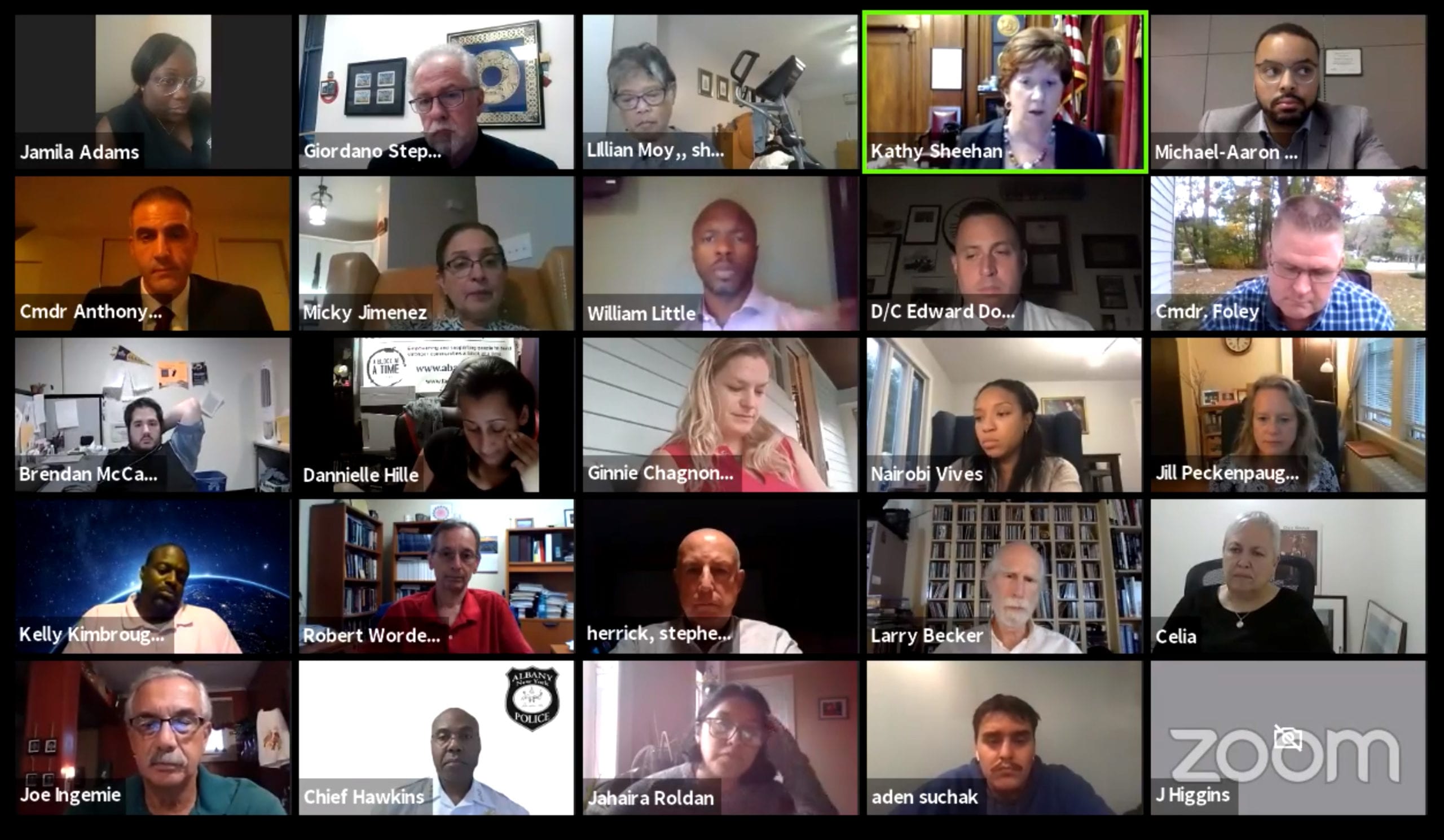 Starting this evening, the City of Albany’s Policing Reform and Reinvention Collaborative will hold the first of their working group public input meetings to discuss such topics as police accountability and transparency within the community.

However, these meetings will be shrouded in secrecy.

WAMC reported that meetings being publicized for public comments will not be available to the wider public or members of the press. Instead, only people who sign up will be allowed to individually speak to the task force working groups through a webcast or submit comments to be read during closed public comment periods.

Mayor Sheehan’s Chief of Staff David Galin told WAMC that the decision to close access to the meetings was made “to ensure that people who have traumatic or otherwise sensitive suggestions/information regarding their opinions on how to reform policing be able to share them in a safe forum without fear of retribution or other action taken against them.”

Members of the task force and its working groups include city officials, Albany Police Department leadership and detectives, the President of the Albany Police Officers Union, and District Attorney David Soares — according to Galin members of the police department will not be present for the public comments despite the invitation including reference to Chief Eric Hawkins seeking the public input.

It’s not clear who the city fears would “take action” against the public speakers, or how these comments will be shielded from the task force’s police officer members going forward.

Luke Grandis, Statewide Organizer with VOCAL-NY, compared the meeting formats to “back-door” decision making. They were among the community groups who held their own public speak-out last month after feeling shut out of the task force.

“We demand the Collaborative enhance true community inclusion and transparency by expanding access to their meetings and working sessions,” Grandis said. “What is unsafe about being transparent if your actions are just?”

Grandis added: “We will continue to express that community input was not and has not been included if they do not change the ability to access these decision-making processes and conversations that contribute to their final recommendations. In order to ensure TRUE community input is included in this process, the Collaborative must intentionally include the voices of all those they have been ignoring and shut out of this reform process: people most vulnerable to structural violence and all those impacted by mass incarceration, housing insecurity, the war on drugs, and poverty.”

Official state guidelines of the mandatory reform task forces note that “Transparency is essential to ensure that the plan reflects a shared vision for the future of law enforcement.“

After press criticism yesterday, the mayor’s office updated a graphic used to promote the events by changing the word “Meeting” in “Public Meeting Schedule” to say “Input” instead.