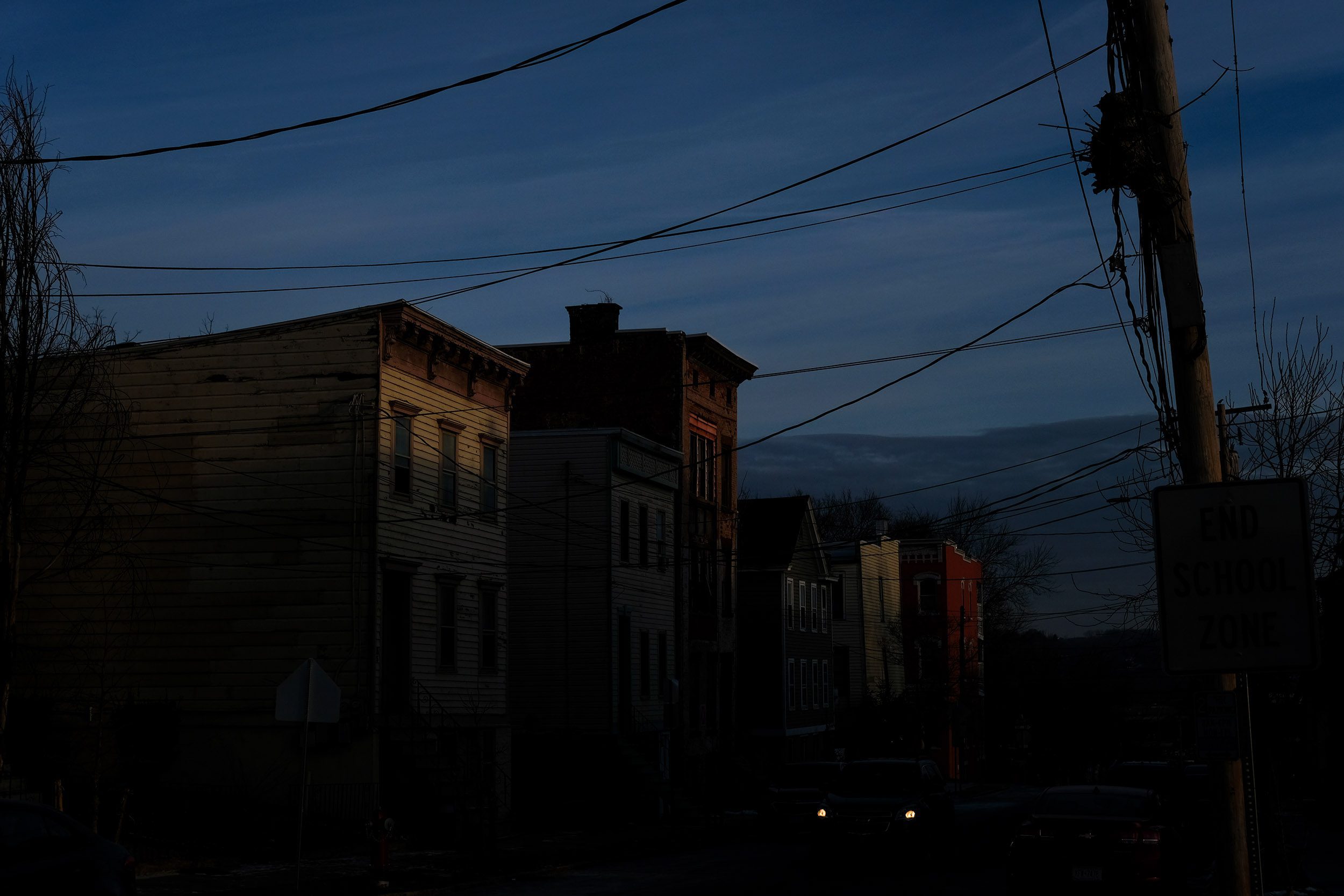 This week, Governor Kathy Hochul confirmed that the State’s eviction moratorium will end Sunday, January 15. The result of the eviction moratorium’s expiration will be a swelling of eviction court cases and tens-of-thousands of families across New York being made homeless. This means the same for Albany, where Sheriff Craig Apple has promised his office is prepared for the influx of evictions expected to begin Monday.

Why was there a moratorium?

In March 2020, New York established a moratorium on evictions due to public health concerns related to the spread of COVID-19. This was promoted in tandem with business and school closures that were enacted to stall the pandemics spread, but as a consequence meant constricting household incomes.  Since then, the eviction moratorium has been repeatedly extended by the state government, and justified through the distribution of Emergency Rental Assistance Program (ERAP) funds earlier this year, which were used to pay rental arrears and keep families housed. Governor Kathy Hochul, new to the position after the resignation of Andrew Cuomo, has all interest in ‘getting back to normal’, even if that means evicting hundreds and potentially thousands of Albany families.

Over the last seven days, NY is averaging more than 73,000 new COVID-19 cases per day and more than 100 deaths. Similarly, the average positivity rate over the last week in Albany was a staggering 31.6%. To put that into perspective, last year schools were closing when Albany surpassed the 5% threshold. As of January 13, Albany County has tied the number of most patients in the ICU due to COVID-19 to date. With cases spreading faster than ever, it appears NY has more or less given up on taming the consequences of the pandemic.

Proselytizing about a ‘booming economy’, low unemployment rates and millions of job openings, Democrats and Republicans alike seem disconnected from the plight of pandemicized. And amid a $200 increase in the price of housing, a 33% increase in energy costs and all around increasing living expenses, Albany residents have yet to see evidence of any cause for celebration.

Evictions are a Race Issue

In preparation for the moratorium’s end, the Albany Housing Authority has filed for 1,472 evictions, accounting for more than three-million dollars in back rent, or a little more than $2,000 per household. Per ERAP stipulations, any tenants receiving subsidized rent were explicitly given the lowest priority for funds, the majority of whom are Black. As a result, of the hundreds of Albany Housing Authority tenants to apply, only 27 households were accepted. Meanwhile, private landlords and tenants received the bulk of emergency rental assistance with average payments exceeding $5,000. Despite Governor Hochul’s expressive request for one-billion dollars more ERAP funding from the federal government, the state was granted a comparatively paltry sum of twenty-seven million, or less than 3% of the original request.

Danni Smith, the City of Albany’s Housing Services Advocate, recently compiled Albany eviction data which demonstrates that evictions are very much a racialized issue. Between 2016-2021, 1-in-3 tenants with a 12202 zip code, 1-in-4 tenants with a 12207 zip code, and 1-in-6 tenants with a 12210 zip code, all majority Black communities, faced an eviction. Black people in America are faced with a disproportionate share of evictions across the country, and Albany is no exception.

Thus, we can understand that after being excluded from rental arrears payments, many Black people in the state will now be targeted for non-payment evictions. This will result in an increase of homelessness, for which just under half are already Black despite making up just over 25% of the city population. According to the Urban Institute’s “Measuring Inclusion in America’s Cities”, Albany was already one of the worst cities in the U.S. for Black people, and the wave of evictions to come will only heighten such disparities.

During the moratorium, a great amount of attention was brought to ‘illegal lockouts’, evictions that occur extrajudicially. Now that evictions will be regularized again, we can expect an increase in legal (and likely illegal) evictions, as tenants rights are dealt a final blow by the state.

You may have heard of Tamel Anderson’s case, the Albany resident who was assaulted by his landlord and illegally locked out. He was able to win his case in civil court, where the judge decided the landlord must pay Mr. Anderson over $2,000 for his troubles. However, the landlord was never charged with an illegal eviction, which is a Misdemeanor A and would have put him in criminal court. In fact, never has there been such a charge in Albany County. And even in Anderson’s case, the landlord never did pay, and Anderson was never able to get back into his home.

The legal eviction process goes like this: A tenant receives a notice to vacate, and then a subsequent court notice. The tenant goes to court, where they are lambasted for non-payment and either enter into a payment agreement with the landlord or receive an eviction date via a 14-day notice. On the fourteenth day, the eviction warrant is live, and the family can expect to be removed at any time thereafter by the Albany Sheriff’s Department. They are then directed to a shelter, their belongings packed up by a landlord, and a cycle of dejection envelopes the family. The only hope is to find housing, but in the current market this is made all the more difficult. Rents are skyrocketing locally, there are less vacancies due to the moratorium being in existence for almost two years, and there are no signs of economic recovery for those in already difficult circumstances.

I can attest as a housing counselor at one of these community service organizations that the ‘economic boom’ has yet to touch our organization or any of our clients. Instead, they have dealt with significant losses as a result of the pandemic, with no hope in sight now that NY has affirmed its commitment to the landlord class. I would predict that the federal government will say they paid the state, the state will say it’s hands are tied, the county and city will say they’re overbeared, and the community and social service organizations will struggle with the influx due to understaffing and the regular COVID-19 enhanced bureaucracy. Of course, the real victim is the tenant, who at the expense of the profit motive is finding their family homeless as temperatures plummet.

What Can I Do?

Presently, the Center for Law and Justice is advocating for Albany County to pay for all Housing Authority tenants’ back rent with American Rescue Plan funds recieved earlier this year. While this is certainly something to support (and you can do so by signing this petition), sources have expressed that conversations with County Executive Daniel McCoy’s office have not sounded promising. And even if the Housing Authority was to receive such a payment, this does not account for the more than seven-hundred eviction filings last year, and the many expected to come January 16.

So what can one with rental arrears do to protect themselves? First, get a hold of social and community service groups ahead of time to explain your situation. This will calm some of the panicking when that day comes. They may even be able to come up with a repayment plan between you and your landlord.

If you receive a court date, make sure you know the eviction process, and that the landlord has followed the rules to a T. Find out where you can receive free legal advice or representation, or begin looking for an affordable, new place. ERAP applications have opened again too, which can stay evictions until a final decision is made (even though there is no money). You can also call Code Enforcement and check the status of your unit’s Rental Occupancy Permit (ROP). Your landlord cannot evict you for non-payment without a valid ROP. Similarly, if you are in a large enough rental community, look into building a tenants union.

But most importantly, know your rights! 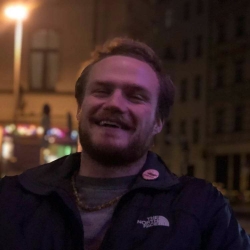 Canyon Ryan
Contributor at Albany Proper
Canyon has a Master's of International Affairs and currently works at a not-for-profit community services organization in Albany as a housing counselor. They have had articles published by The Hampton Institute, The Socialist, Popular Resistance, and other grassroots media outlets.