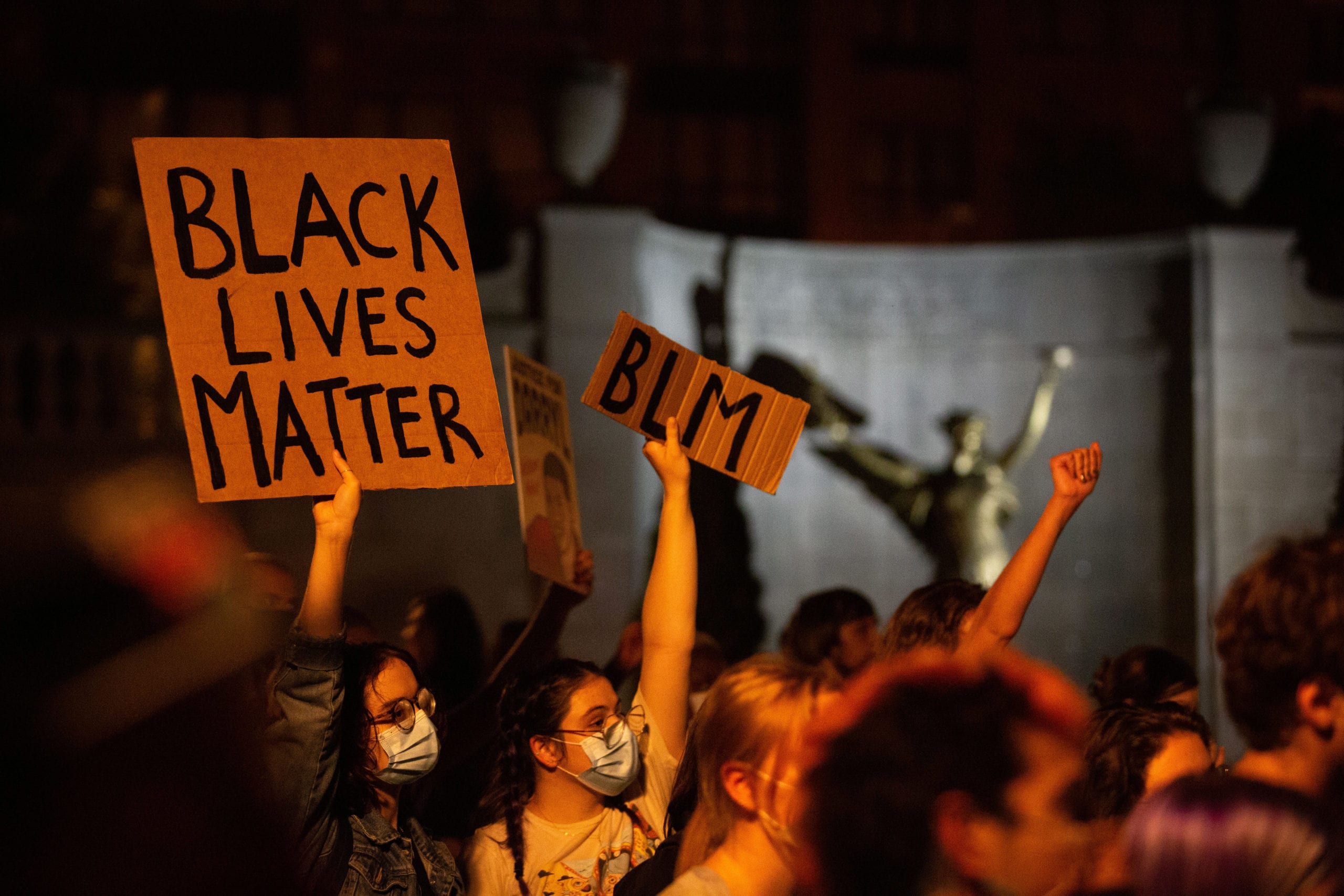 Drunken men stumbled out of bars to flip the bird.

It’s 2020 and this is what autumn looks like in Saratoga Springs, where Black Lives Matter protesters have been increasingly making their presence known in the quaint city known for its spas.

They are staying true to their chant of “no justice, no peace” — this summer, a reckoning struck the city along with Black Lives Matter protests across the country.

Their style of shutting down intersections and not censoring their speech has startled even the more liberal residents of affluent Saratoga. Many have taken to social media to provide unsolicited advice on how they should be protesting.

For protesters last night, who were organized by local activist group All of Us, the issues were with police accountability and unequal treatment left unanswered in the city. They feel that Daryl Mount, a young Black man who died in 2014 following a foot chase with police, has not seen justice. The police chief at the time admitted in a court deposition that he lied to a reporter about his department conducting an internal probe. His family is still pursuing a wrongful death suit.

Lexis Figuereo, a local organizer with All of Us, expressed his frustration with the city’s silence.

Protesters are also calling for the resignation of Public Safety Commissioner Robin Dalton for her role in the firing of pepper-bullets at demonstrators back in July. Dalton initially stood by the officer’s actions but expressed her regret to protesters.

“Robin Dalton says she cares about Black lives,” said Chandler Hickenbottom, a Saratoga Springs resident who spoke to the crowd through a megaphone. “Let’s see. Where is she?”

“She had the nerve to tell me about how sad she was. You’re sad? I’m sad. I’m 24 years old and I’ve lived in this town for my whole entire life, and I’m out there fighting for my life and you have the nerve to come out here with an armored vehicle at a peaceful protest?”

She also spoke about the anguish for Breonna Taylor, who was killed by police in her own home 800 miles away. The death has been a continuous source of anguish across the country with pleas to “Say Her Name.”

Following the end of the peaceful protest, Hickenbottom posted a new plea to her Facebook page:

“Hey guys, if you came to Saratoga please check your cars. Four people have reported keyed cars and one person had the air let out of their tires. Mine included.”