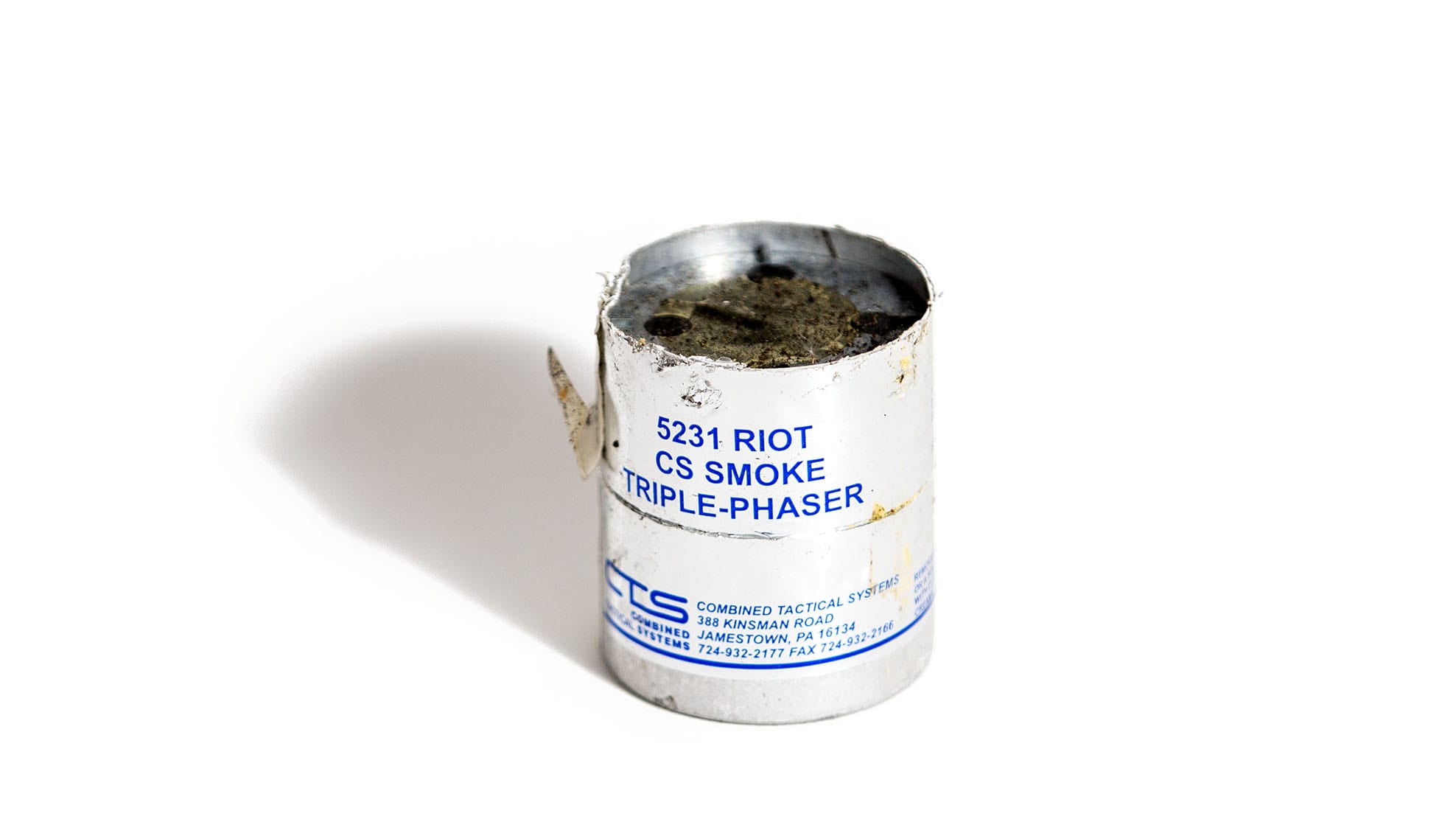 Documents obtained by Albany Proper show an invoice with ammunition supplier Atlantic Tactical for nearly $20,000 late last summer. An earlier purchase order from June 2, just one day after the second night of widespread tear gassing, showed an additional order for $3,255 and indicated that it was “supplies needed to surplus what was used in the recent police activities.” In total, hundreds of new grenades and projectiles were ordered.

Receipts from 2019 show spending on the same supplies totaled just $2,174.

According to the mayor’s office, Albany police officers have only used tear gas outdoors twice in the last 32 years — May 30 and June 2 during nationwide protests following the death of George Floyd.

Tear gas is banned in international warfare as part of the Geneva Protocol signed in 1925 — however, the Chemical Weapons Convention added in 1993 allows countries the flexibility to use it for “law enforcement including domestic riot control purposes.”

On Monday, the Albany Common Council is debating legislation that would ban the use of tear gas in the city. Mayor Kathy Sheehan has already indicated that she would veto the bill if it passed.

Council member Derek Johnson, who represents the South End neighborhood, was among those forced to flee from tear gas over the summer and is in support of a ban. South End community members complained of gas leaking into their homes and used canisters were found on city sidewalks in the weeks following the protests.

“That was a different type of trauma that our community experienced that night,” Johnson said during a committee meeting last week.

In a statement, Sheehan claimed that it would “create a situation where should City Hall be attacked by armed insurrectionists, similar to what we saw at the US Capitol on January 6, the Albany Police Department will face the choice of doing nothing or using lethal force.”

Black Lives Matter protesters have grown increasingly agitated by the mayor’s extreme comparisons of their fight for racial equality to that of the violent insurrection, including at a press conference last week. She has since apologized for those remarks.

The mayor released a list of legislative items that she would support in an effort to “restrict and control the use of tear gas”:

These restrictions, or equivalent ones, are already in place as part of the Albany Police Department’s Use of Force Policy for Less Lethal Weapons. Despite this, tear gas warnings were not issued last summer and medical services were not made available to those impacted.

4th ward Common Council member Kelly Kimbrough, a former Albany police officer, introduced an amendment to the bill that would allow tear gas to be deployed if the Police Chief or Deputy Chief onsite declares that the elements of a riot exist. In remarks during a press conference last week, Chief Hawkins labeled a protest outside the South Station that resulted in a broken window as a riot.

Advocates argue that the amendment is a cop-out that would further allow for the kind of police escalations seen last summer.

“Statements made by the Police Chief at Friday evening’s news conference demonstrate that such discretion in the hands of APD leadership could endanger Albany’s communities of color,” said Alice Green, executive director of the Center for Law & Justice. “Neither lack of proper police preparation for protests, nor fragility in the face of name-calling, should be grounds for subjecting Albany’s communities of color to the harmful and lasting effects of tear gas.”

Green has called on the Common Council to pass the law without Kimbrough’s amendment. The next meeting is scheduled to start at 7 p.m. on Monday, April 19 and can be watched live on the Albany Common Council Facebook page.