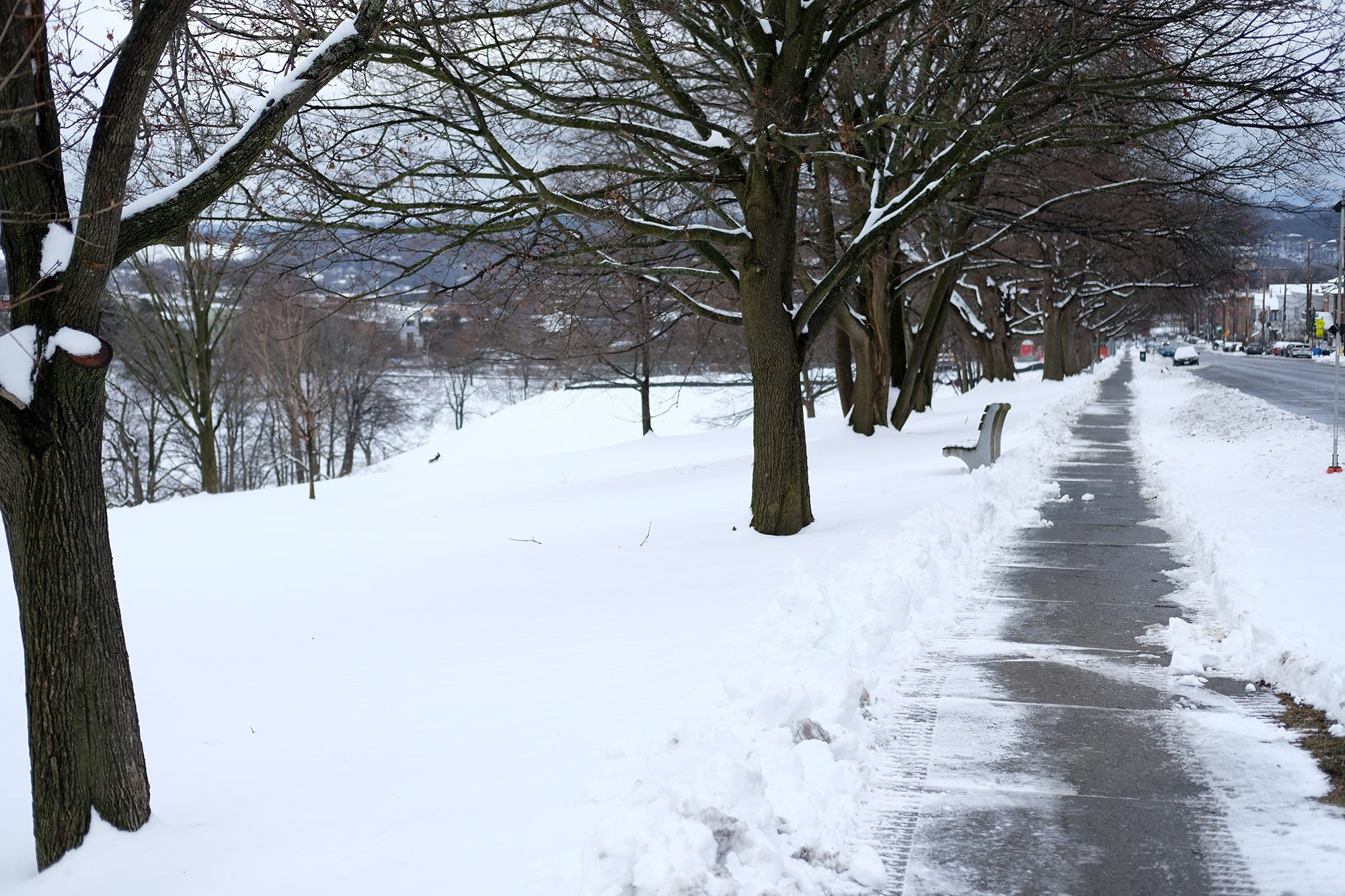 Read through the city of Albany’s bicycle and pedestrian master plan, and you’ll see a lot of references to equity, sustainable transportation and community.

Quality sidewalks, the plan notes, are key to building a walkable, bikeable city where people of all ages and abilities can get where they need to go.

“Non-drivers include low-income people who cannot afford a car, but also children, young adults, the elderly and those with disabilities,” the plan, released in 2021, states. “Alternative transportation options, including walking and biking, provide mobility to people who would otherwise be home-bound or dependent on others to drive them where they need and want to go.”

The plan makes a number of recommendations for improving the city’s pedestrian networks, such as building new sidewalks in places that lack them and fixing up sidewalks that have degraded over time.

It all sounds great.

Except for one thing.

Those of us who have lived through a Capital Region winter know there’s more to walkability than simply building or expanding sidewalks.

Unmentioned in Albany’s bicycle and pedestrian plan: the snow and ice that all-too-often makes navigating the city’s sidewalks a treacherous, aggravating and downright unpleasant proposition.

It’s one of the biggest challenges Albany pedestrians face, as a recent article on Albany Proper documented.

Property owners are expected to clear their sidewalks, but uncleared walks are common – an indication that the city’s current and highly reactive system of fining scofflaws isn’t yielding the desired result.

For those who live in the city, the unpleasant reality is that Albany’s network of sidewalks can’t be fully relied upon in cold weather, with the disabled, children, seniors and poor struggling the most.

The Albany Proper article told the story of city resident Jean Joyce, who uses a walker to get around. In the winter, even simple errands become difficult and dangerous for Joyce. On a recent trip to St. Peter’s Hospital, she took the bus most of the way, but still needed to walk some distance to the building.

“There was a rare curb cut here or there that was clear enough to get through, but some of them were so full of water or slush and ice that I couldn’t get through on my own,” Joyce told Albany Proper. “There was a section where the traffic was pretty heavy, but I had no choice but to walk in the street.”

That a disabled woman who uses a walker has to walk in the street because the sidewalks aren’t clear is more than a minor inconvenience.

The bicycle and pedestrian plan’s failure to address the hardship faced by pedestrians like Joyce is a major flaw.

Of course, you don’t need to be disabled to wonder why a city that talks such a good game about equity and sustainable transportation isn’t doing more to make sure the sidewalks are usable during winter.

As I get older, I worry more about falling down on slick or snow-covered surfaces.

With reckless driving surging in the U.S., I worry more about the risks of walking in the road whenever I encounter an uncleared walk. I worry more at intersections, when I’m often forced to lift my young son over a pile of snow so that we can cross the street. Before he was old enough to walk, I worried while pushing a stroller over sidewalks covered with snow, ice and slush.

Albany officials seem to like the idea of families living downtown, but they don’t appear to fully grasp how unwelcoming the city can feel when it’s impossible to safely push a stroller more than a block or two.

Some cities, such as Syracuse, are taking a more proactive role in sidewalk clearing.

Albany should do likewise.

The outcome will be a city that is walkable year-round, not just part of the year, and feels welcoming and safe to all.